One of the most exciting and aesthetically pleasing sports that anyone can watch is definitely the noble equestrian performance sport of horse racing. Saudi Arabia has long been known for having one of the most action packed and exciting races in the world. The Saudi Cup is the most prestigious event, with the prize money reaching $20 million! Woah, what a number!

The first leg of the event was announced last Wednesday, with the first race being held on the 29th of February, by his highness Prince Bandar bin Khalid Al Faisal, the chairman of the jockey club. He stated during the announcement “The introduction of the Saudi Cup as an international race, is without a doubt the most significant event in the history of horse racing in Saudi Arabia, and demonstrates our resolve to develop this great sport in the Kingdom of Saudi Arabia, and also our ambition to become leading player on horse racing’s world stage.” 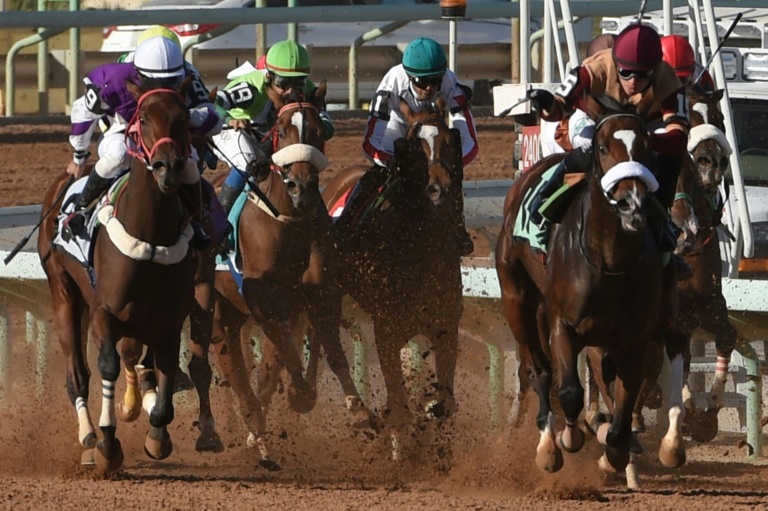 There will be 14 horses with their jockeys which will run a distance of nine furlongs, or 1,800 meters on a dirt track. The winning horse will be awarded $10 million, with the rest being divided among the rest of the top ten. The event itself will be held four weeks after the Pegasus World Cup, and one month before the Dubai World Cup.

The jockeys have been training for a long time and have been running mock races around the world. The winner of only the second race to ever be held on the new King Abdulaziz Racetrack, Dark Power, roared across the turf course today with a staggering performance in the special 1,351 m distance for the $1,000,000 stc 1351 Turf Spring, beating Mutabism, the favourite for the win.

A glamorous affair has taken place in Saudi Arabia these past two days with dreams being realised and others crushed. This marks a new frontier for the country as it takes its rightful place in prestigious tournaments all around the world.

Get Ready For the Kingdom’s Largest Sports Event The Olympics Games!

Yasmine Sabri, Dorra Zarouk, Naomi Campbell, Irina Shayk, Allessandra Ambrosio, Candice
Swanepoel, the night was ravished by the most appealing starlets and icons of fashion. Our
Arab Cinema female Moguls had stunned the night and slayed with their fashion and beauty,
each Diva had her dazzle, and radiance she sparkled and walked in the Red carpet of the
closing ceremony. Laila Elwi, Hend Sabri, Yousra all had lustered, and turned our heads, with
their sensational appearances. The Red Sea film festival had concluded its first session
yesterday, with a momentous success. A participation of 16 films, 18 short movies, 21 virtual
and technical projects, that collided the most phenomenal creations of Arab and
international cinema. The closing night had our jaws dropping, as we could see our favorite
starlets lustering in the most stylish. Haute couture. Naomi Campbell was all dress in an
enchanting white dress, bejeweled with a chiffon cape, designed by Alexander McQueen.
The fashion icons had us head over toes as Yasmine Sabri was dressed in a pink Rami Kadi
dress, with a cape, and diamond details and feathers, Dorra, Hend Sabri and Salma Abu Dief
all where styled elegantly by the amazing Lebanese tony ward. Tony Ward’s design’s were
remarkable that night as observed asymatry, capes, strass, bold colors, and playfulness with
fabrics. The closing ceremony was a night of mystique and amusement, as all celebrities and
fashion starlets amused us in their gowns being conservative as possible. These fashionists,
and movie moguls had our enchantment over the top by ther glitz and strass in their gowns.

In five days, an international motor show, will take place in Jeddah. The Jeddah superdome, 6th December and until 10th of December, will be one of the biggest international motor shows. The exhibition is sponsored by the ministry of transport and logistics and organized by the Salah company. The Jeddah Superdome, has set a world Record for being the largest freestanding dome in the world, in contrast to the Tokyo Dome which formerly held the title, with 206 meters. Located on the Madinah Road, West of King Abdallah sport City, the Jeddah Superdome has an internal area of 24,000 square meters, and a height of 46 meters, with a diameter of 210 meters, a parking space that accommodates 5200 viceless. The exhibition includes many experiences such as drifting, with professional drivers, on dedicated racks, go karting, off road experience with SUVs with professional drivers in a dedicated circuit, and an opportunity to drive the car of your dreams. In addition to restaurants, cafes that suit all of your tastes. The exhibition includes many important car agencies and exclusive launches of many vintage and antique cars presented for the first time in the Kingdom of Saudi Arabia, in addition to an auction of rare classic cars, with more than 35 luxury and rare cars on display. The auction was held by the Silverstone auctioneers, the biggest UK classic car auction house. The event is the biggest in its name, and the car industry, featuring the oldest cars, but unfortunately nothing was sold.

Beaches of the Kingdom are about to get cleaner with the ‘Let’s Make Them Cleaner’ initiative, which was launched on Friday by the Saudi Ministry of Human Resources and Social Development.

Professional divers are taking part of the campaign as volunteers who are ready to clean the beaches and seabeds of Saudi Arabia, in order to save the marine environment from pollution.

The initiative is one of the events launched for Saudi and International Volunteer Day, which is celebrated every year on the 5th of December.

Entitles ‘Ataa Watan,’ the event covers several programs and activities across Saudi Arabia, they were held in partnership with government bodies and NGOs.

So far, the ministry launched five initiatives throughout this year, as part of the Voluntary Work Platform it launched on March 31, 2020.

The best restaurants in Riyadh to try at least once

The best restaurants in Riyadh to try at least once