France is set to host the first intentional exhibition entitled “AlUla: Kingdom’s Wonder” which is dedicated to showcasing the natural heritage and rich history of Al-Ula in Saudi Arabia.

The exhibition will be held at the headquarters of the Arab World Institute (IMA) in Paris starting from October 9th to the 9th of January.

According to Jack Land, IMA’s president and former French minister of culture, the expo aims at introducing the visitors to the beauty of Al-Ula and display its unique archaeological formation and the breathtaking natural destinations.

“In partnership with the Kingdom, the exhibition will allow visitors to discover the beauty of AlUla area and its natural diversity, as well as to learn about its history and civilizations witnessed over 7,000 years through artistic works, paintings and archaeological sculptures.” He added.

Travel Bloggers Coming From all Around the World To the Edge of it!

DUBAI: In 1898, an unlikely royal visit was made to the 10,000-year-old city of Baalbek, a jewel in the crown of Lebanon’s archeological history. As part of his grand tour of the Orient — an expedition that involved 100 coaches, 230 tents and 10 guides — the last emperor of Germany, Kaiser Wilhelm II, and his wife Augusta Victoria were awestruck by Baalbek’s famed Roman ruins. Although the Emperor spent just a few waking hours in the ‘City of the Sun’ — his last stop before heading back to Potsdam via the Port of Beirut – he was so captivated by what he witnessed that he decided to commission German expeditions to excavate the site.

Commemorating the centenary of the Kaiser’s consequential stay in Baalbek, a local museum was inaugurated in 1998 by the Lebanese General Department of Antiquities (DGA) and the German Archaeological Institute (DAI) to display a collection of pre-Hellenistic, Roman and Byzantine artifacts. The Lebanese-German cultural relationship continues to grow to this day. In fact, thanks to a collaboration between the DGA, the DAI and the US-based virtual-tourism company Flyover Zone, a new smartphone and tablet app has now been developed that lets users view Baalbek virtually.

“Baalbek Reborn: Temples” allows you to see this UNESCO World Heritage Site — known as Heliopolis in Roman times — as it was in the past and as it is now. It provides a 38-minute guided tour with an audio track available in English, Arabic, French and German. It includes a map with 38 individual stops — some of which are inaccessible in reality — that can be ‘visited’ in panoramic, up-close, and satellite views. Highlights include the iconic six columns of the Temple of Jupiter and the Temple of Baachus, considered by experts as one of the world’s best-preserved examples of Roman-era temples.

The app, released in late March, is another example of how the COVID-19 pandemic has changed tourism and travel. Since global lockdowns began a year ago, there has been increasing interest in the use of advanced technology and virtual reality to allow people to explore the world.

Advanced and impressive as such ‘travel’ may be, however, the app’s project manager Henning Burwitz is aware that it is a very different experience to actually going somewhere.

“This was never intended to replace an actual visit,” Burwitz told Arab News. “To learn about a World Heritage Site in a book, in an app, is great. But to be there is a different thing. We (see) this as a way to encourage people to learn about it, to get people to go there, or to maybe even hear about it for the first time.”

Burwitz recalled the first time he laid eyes on Baalbek back in 2002: “When you go there once, you want come back a lot of times. The size and the impression it leaves on you… It is anything but modest.”

In modern times, Baalbek has been a major artistic hotspot in the Arab region, hosting high-profile performers including Ella Fitzgerald, Miles Davis, Fayrouz and Umm Kulthum at the open-air Baalbeck International Festival. During the 1950s and 1960s, Baalbek’s temples were prominently featured in tourism and aviation posters. So aside from its historical importance, what is it about Baalbek that creates such a lasting impression on people?

“The fact that Baalbek and its sites are still preserved as they are today, after the civil war, after a lot of bad (times) this beautiful country has seen, is due to the people,” Burwitz said. “They love their site and they do this because it’s their life, it’s their wellbeing.”

Time-traveling has always been the passion of American digital archaeologist and professor Bernard Frischer, who was involved in the development of the app. Through his company, Flyover Zone, his team has virtually recreated the entire city of Ancient Rome and upcoming plans include sites in Egypt and Mexico. “The cultural mission of what we’re doing — of bridging time and space — is to help bridge people and show people each other’s cultures, starting from when they’re children,” Frischer said. “We have to show young people that there are many great monuments around the world and we have to make them easily accessible.”

The graphics of “Baalbek Reborn” were originally based on 20th-century German archaeologist Theodore Wiegand’s book documenting his findings at Baalbek. A 3D-model was developed and minor details that make the research more scientifically viable and accurate were later added, along with touches that gave the images of Baalbek, captured via drone, a richer look and feel.

According to Burwitz and Frischer, the app has been positively received in the region and abroad, with around 9,000 downloads within a few days of its launch.

The project also supports a crowdfunding campaign to raise funds for the Lebanese non-governmental organization, Arc en Ciel. This initiative will offer restoration training for 100 artisans and workmen in Lebanon, in an effort to rehabilitate Beirut’s heritage homes damaged in the August port explosion.

With the situation in Lebanon so desperate — with political turmoil, an economic meltdown, increased migration and the collective trauma caused by last year’s Beirut blast all exacerbating the issues caused by the ongoing pandemic — Burwitz and his team hope that this project, reconstructing a beloved architectural gem in remarkable detail, might provide the Lebanese people with something to smile about.

“We are all hoping for a light at the end of the tunnel and this might be the little torch trying to guide the people,” said Burwitz.

“We want them to feel that this is good news, which will make them happy and give them some hope,” added Frischer. “It should also give them a special sense of pride that they live in a country that was able to achieve the monumentality of a site like Baalbek.” 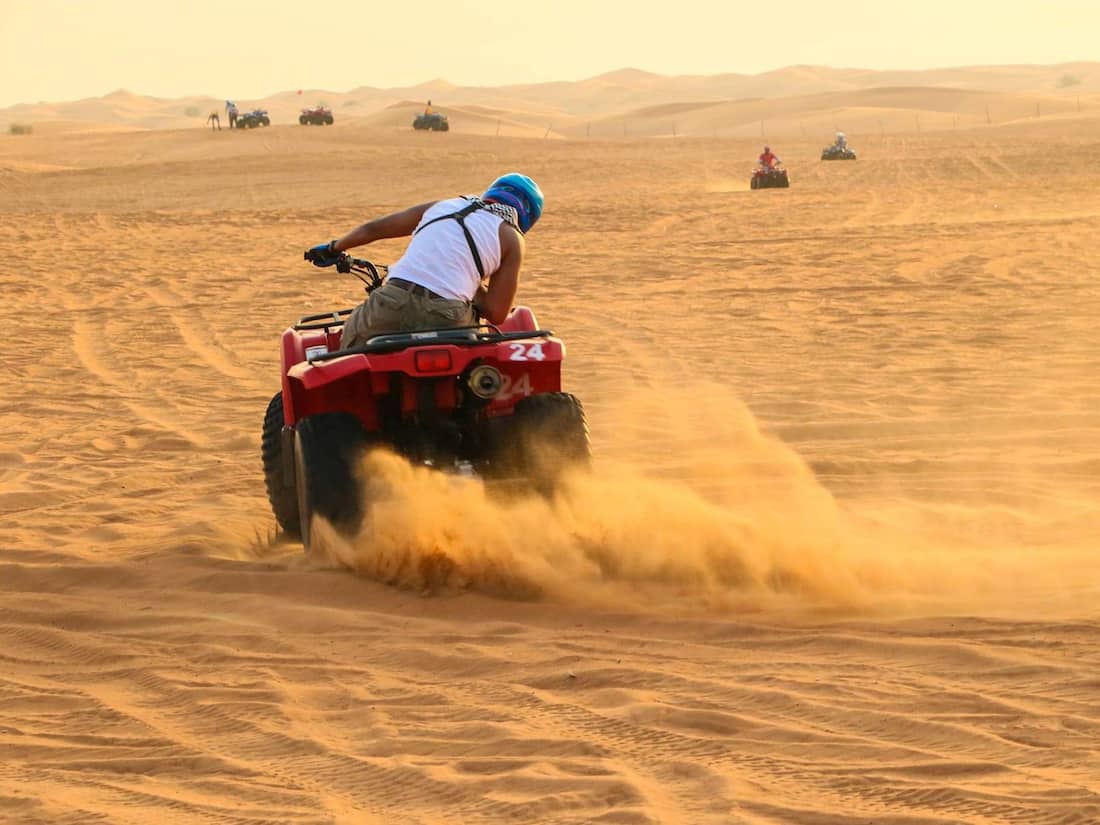 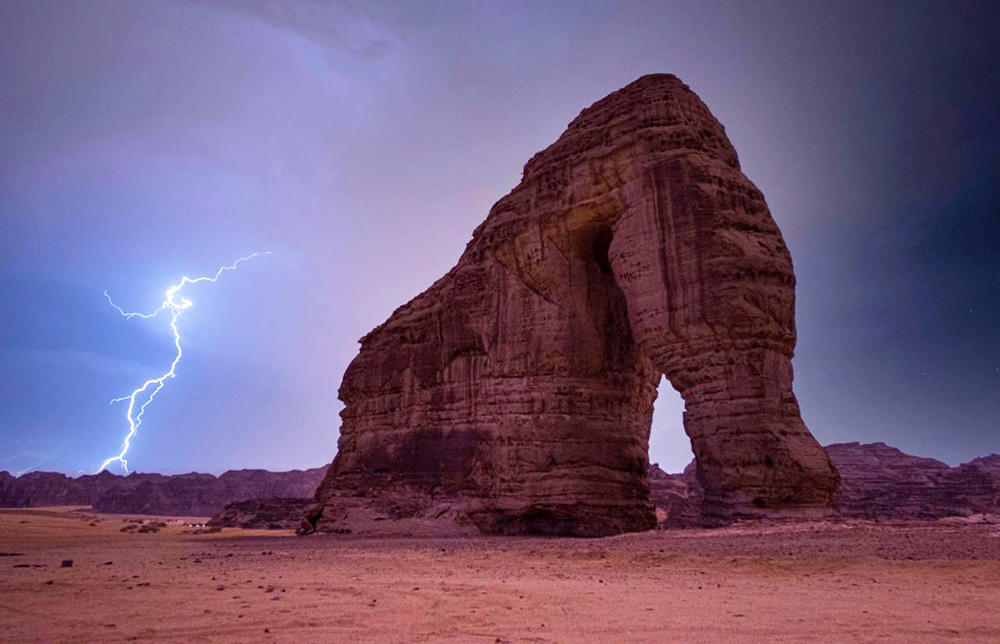 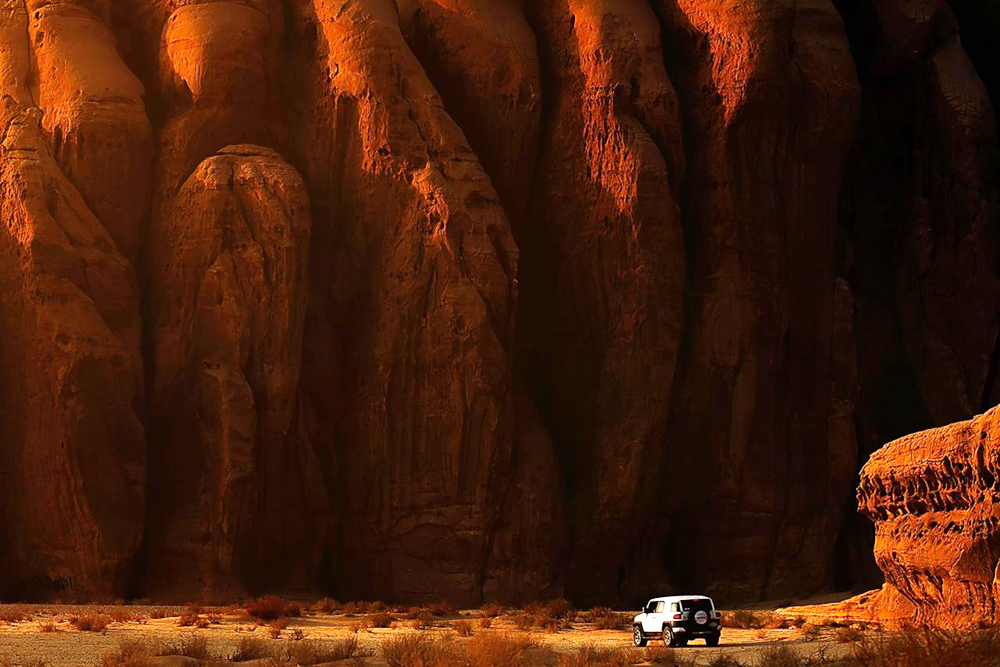 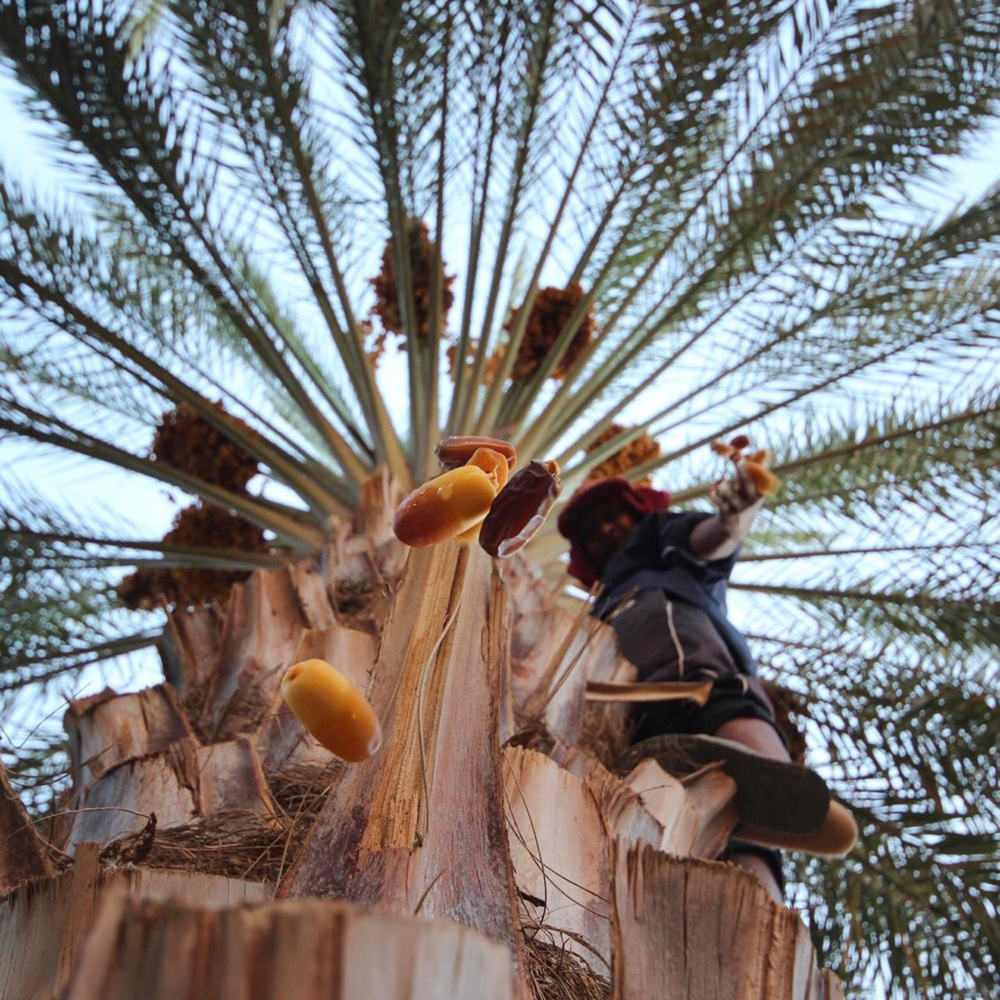 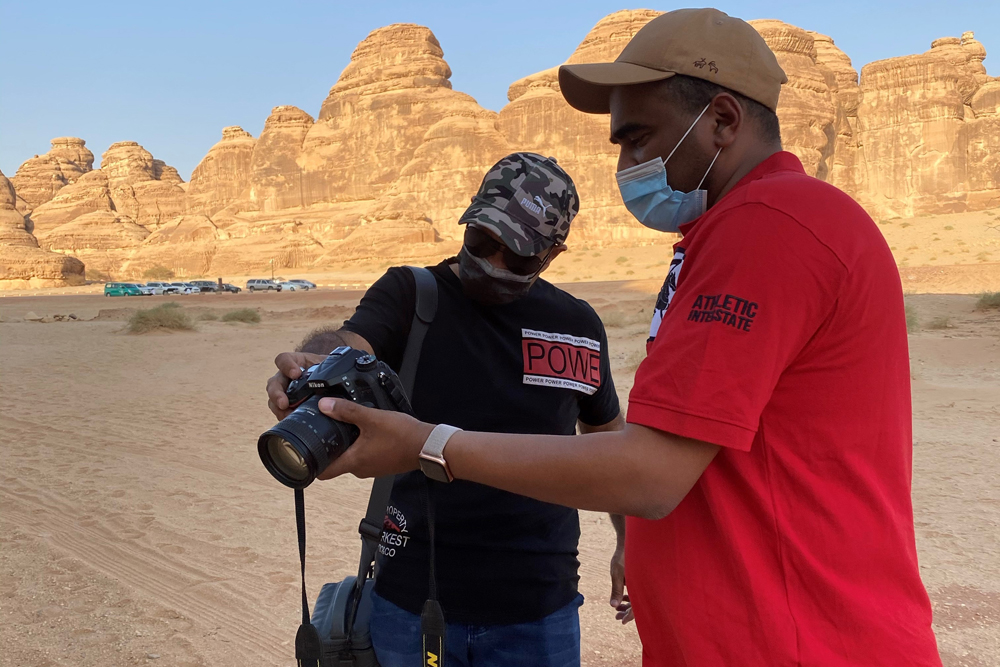