We all enjoy going to festivals with our family and friends to enjoy a good day out, whether it be food or maybe even music festivals. Which is why it is quite unique to hear that Riyadh is hosting the coolest festival ever, Classic Cars! The Diriyah Festival for Classic Cars in 2020 has been on going for three days, today being the last!

Dr.Nasser bin Abdullah al-Masaari has openly expressed his feelings about how he believes that it is crucial to stress on the importance of the Classic Car Festival due to it’s unique branch and genre. Yes, not your ordinary festival! Which is why a lot of people from all around the globe have traveled miles just to witness such an extraordinary event.

This festival was under the direct support of Prince Ahmed bin Abdullah bin Abdul Rahman,  the Governor of Diriyah itself and the auspices of the Diriyah Gate Development Authority. Not just that, but the organizers behind the Classic Car fiesta was sponsored by the creative team of the Diriyah Archaeological Foundation.

It was revealed at the Festival that the Diriyah Car Festival is the largest of its kind in all of Middle East! People have witnessed about 500 rare classic cars owned by Saudi Arabians, Lebanese, Jordanian, Italy and more. The most prominent owners of classic cars were definitely there as well! 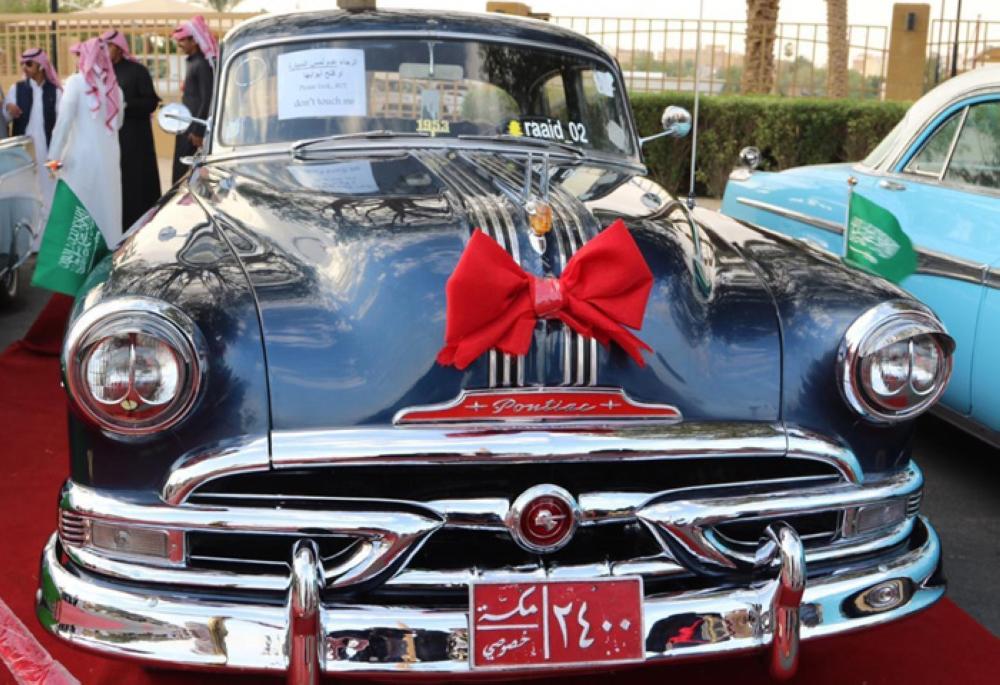 News about the Classic Car Fair was announced previously at a press conference that was held by the organizing committee in Riyadh. Thamer al-Sudairy, the official spokesman of Al-Diriyah Gate Development Authority, and the executive director of the Diriyah Classic Car Festival have graced us with their attending the conference. Not just that, both Mazroa al-Mazroo, the spokesperson for the Quality of Life Program and a number of Saudi and Gulf Media representative were also present. The best part about the festival were the auctions on the classic cars, entertainment activities for all ages, an exhibition of plastic art, and even Souvenir Bazaar! As you could see, the venue is pretty amazing!

Yasmine Sabri, Dorra Zarouk, Naomi Campbell, Irina Shayk, Allessandra Ambrosio, Candice
Swanepoel, the night was ravished by the most appealing starlets and icons of fashion. Our
Arab Cinema female Moguls had stunned the night and slayed with their fashion and beauty,
each Diva had her dazzle, and radiance she sparkled and walked in the Red carpet of the
closing ceremony. Laila Elwi, Hend Sabri, Yousra all had lustered, and turned our heads, with
their sensational appearances. The Red Sea film festival had concluded its first session
yesterday, with a momentous success. A participation of 16 films, 18 short movies, 21 virtual
and technical projects, that collided the most phenomenal creations of Arab and
international cinema. The closing night had our jaws dropping, as we could see our favorite
starlets lustering in the most stylish. Haute couture. Naomi Campbell was all dress in an
enchanting white dress, bejeweled with a chiffon cape, designed by Alexander McQueen.
The fashion icons had us head over toes as Yasmine Sabri was dressed in a pink Rami Kadi
dress, with a cape, and diamond details and feathers, Dorra, Hend Sabri and Salma Abu Dief
all where styled elegantly by the amazing Lebanese tony ward. Tony Ward’s design’s were
remarkable that night as observed asymatry, capes, strass, bold colors, and playfulness with
fabrics. The closing ceremony was a night of mystique and amusement, as all celebrities and
fashion starlets amused us in their gowns being conservative as possible. These fashionists,
and movie moguls had our enchantment over the top by ther glitz and strass in their gowns.

In five days, an international motor show, will take place in Jeddah. The Jeddah superdome, 6th December and until 10th of December, will be one of the biggest international motor shows. The exhibition is sponsored by the ministry of transport and logistics and organized by the Salah company. The Jeddah Superdome, has set a world Record for being the largest freestanding dome in the world, in contrast to the Tokyo Dome which formerly held the title, with 206 meters. Located on the Madinah Road, West of King Abdallah sport City, the Jeddah Superdome has an internal area of 24,000 square meters, and a height of 46 meters, with a diameter of 210 meters, a parking space that accommodates 5200 viceless. The exhibition includes many experiences such as drifting, with professional drivers, on dedicated racks, go karting, off road experience with SUVs with professional drivers in a dedicated circuit, and an opportunity to drive the car of your dreams. In addition to restaurants, cafes that suit all of your tastes. The exhibition includes many important car agencies and exclusive launches of many vintage and antique cars presented for the first time in the Kingdom of Saudi Arabia, in addition to an auction of rare classic cars, with more than 35 luxury and rare cars on display. The auction was held by the Silverstone auctioneers, the biggest UK classic car auction house. The event is the biggest in its name, and the car industry, featuring the oldest cars, but unfortunately nothing was sold.

Beaches of the Kingdom are about to get cleaner with the ‘Let’s Make Them Cleaner’ initiative, which was launched on Friday by the Saudi Ministry of Human Resources and Social Development.

Professional divers are taking part of the campaign as volunteers who are ready to clean the beaches and seabeds of Saudi Arabia, in order to save the marine environment from pollution.

The initiative is one of the events launched for Saudi and International Volunteer Day, which is celebrated every year on the 5th of December.

Entitles ‘Ataa Watan,’ the event covers several programs and activities across Saudi Arabia, they were held in partnership with government bodies and NGOs.

So far, the ministry launched five initiatives throughout this year, as part of the Voluntary Work Platform it launched on March 31, 2020.